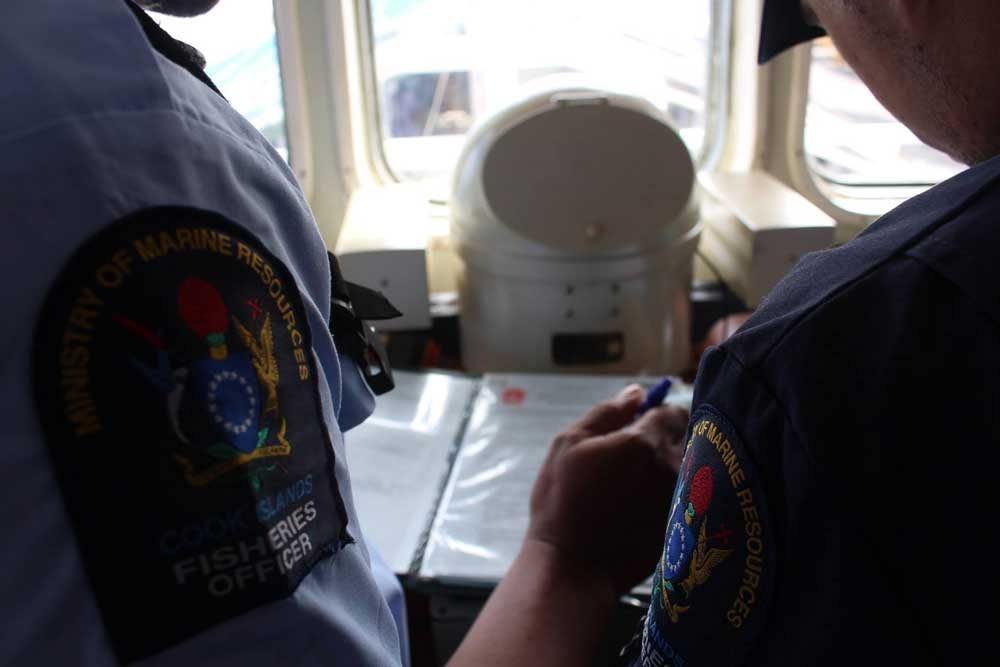 1 June 2018
Fisheries Officers from the Ministry of Marine Resources are investigating serious alleged breaches of the Marine Resources Act by a Cook Islands-flagged vessel fishing in the deep sea area of the Indian Ocean. The vessel was reportedly detected fishing inside a closed area on at least two occasions in the first few months of this year by MMR Offshore Division at the Oceans Monitoring Centre (OMC) in Avarua.
Since 2006, the Cook Islands has heavily promoted the closure of large areas in the Indian Ocean to protect vulnerable marine ecosystems from exploitation and damage by commercial fishing, and has actively championed protected areas with a total area larger than all the existing closed areas in the Pacific. These large Benthic Protected Areas are closed to all Cook Islands, Australian, Japanese and Thai fishing vessels by mutual agreement between these nations. The Cook Islands and Australia are now in the process of co-operating in a push to have these areas of protected seabed closed to fishing by all nations, to protect the unique ecological and world heritage values of the areas, as identified by industry scientists working on behalf of MMR in the Indian Ocean area.
MMR Director of Offshore Tim Costelloe is not able to comment on the specific details of the case as the investigation is ongoing; but said, “The importance of these closed areas in terms of their ecology and biodiversity is of the utmost priority to the Cook Islands, and we are disappointed that the actions of one of our vessels has undermined all the work we have done in the last 12 years to promote a model of effective, industry-led compliance, scientific research and sustainable fisheries in a globalized context.”
He added, “We have dispatched MMR Compliance Officers to board and inspect the vessel overseas and we are investigating this matter thoroughly using the full powers to operate internationally granted us under the Marine Resources Act.”
MMR’s investigation has included obtaining statements. On the basis of these statements, Costelloe believes that there may be resolution. MMR is committed wherever possible where a resolution can be reached, to do so in an open and transparent manner.
After boarding and inspection the vessel was permitted to return to sea and remains closely monitored by MMR staff at the OMC. MMR has been informed that vessel crew changes may be made by the operating company, which is also conducting its own internal investigation.